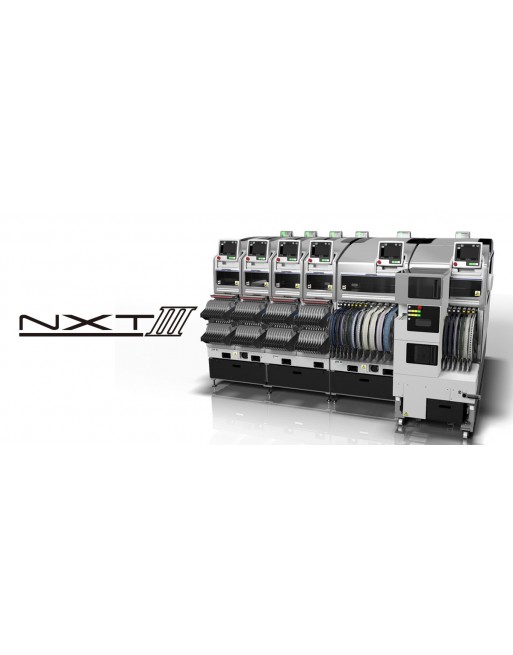 With the NXT III/IIIc, Fuji developed the 3rd generation of the highly successful NXT series, with more than 66,000 installed modules worldwide.

For multifunctional and high-performance electronics, such as in mobile phones and automotive applications, both the number of components to be assembled, as well as the possible functionalities further increased. Accordingly, the assembly density of tiny components increases sharply. On the other hand, requirements such as the assembly of shielding plates, components with a very small grid connection and components of package-on-package applications show the requirements for the functionality of assembly machines are becoming more and more demanding year after year.

The NXT III/IIIc has been designed as a scalable placement platform that delivers both high productivity and quality, which also meets the needs of future generations of components (such as 03015).

In addition, it ensures high compatibility with its predecessor NXT II. Many existing machine elements, such as placement heads, tray and feeder units, can be used even on the NXT III/IIIc.